No One Did Silk Scarves Better Than Grace Kelly 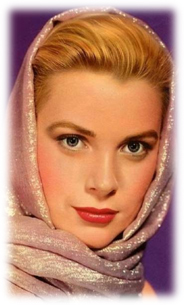 More than the arresting beauty, it was the elegant persona that catapulted Grace Kelly from a barely-known someone to an overnight star. Such was the dignified self-possession of this blue-eyed beauty that whenever she came on the set, everyone went silent.

One of the prominent trends and one that Grace Kelly particularly pioneered in the world of fashion was the graceful silk scarf. The way Grace chose to tie her scarf was so distinct and versatile that the style in itself later came to be known as the ‘Grace Kelly’ style- which was marked by crossing the scarf (preferably silk) under the chin and then knotting it at the side, or near the nape. Rarely was she seen without a headwrap, and the variation thereof is still talked about.

Grace would often be seen in various Hermès silk scarves and her preference for the brand reflected further when the actress chose to drape her fractured arm using one of the iconic Hermès silk scarves as a sling. When Grace was pregnant with Princess Caroline, and was using one of Hermès bag to hide her baby bump, the brand, whose upscale clientele list includes numerous A-listers including Queen Elizabeth, had launched a line of handbags titled The Kelly Bag or the rectangular crocodile bag- sac à dépêches after the actress. Apart from handbags, Hermès had later launched a special perfume called Kelly Calèche to pay homage to the beauty.

Since the actress was renowned for her love for scarves and accessories, Gucci, in 1966 had launched a special line of floral silk scarves created and designed keeping the actress’s iconic style in mind. The scarves were designed by renowned painter Vittorio Accornero.

Silk scarves, as popularized by Grace Kelly, is an excellent way to add a touch of elegance to your outfit. The fineness of the fabric and the sheer opulence, silk had been known to emit is what makes silk scarves exquisite gifts too. With the holiday season almost here, you can easily opt for silk scarves as Christmas presents.

The reason why Grace would be seen in silk scarves all year round was because of the thermostatic property of the fabric, pertaining to which silk helps to maintain as cool touch during the summer and a warm one when the temperature falls. This is what makes it a good choice for gifts for women, and even some men. The military style of wrapping a silk scarf around the neck and tugging in the V-part under the shirt and blazer is the most common way men choose to wear a scarf.

If you are just starting off with scarves, consider the simplest way- wrap the scarf around your neck and then make two knots in the front, you can do the same style with two scarves instead of one for a contrasting look.

Speaking of the silk scarves goddess Grace Kelly, do not forget the famous The Grace Kelly scarf style, which is a definite plus if you are aiming to avoid a tan or trying to cover up. Get the look by encircling the scarf over the head exposing the front part of the mane, and then wrapping under the chin with finally ending up with a knot at the side. One of the best ways to wear this look, and one which was again a popular trend in the 1950s is by coupling it up with oversized sunglasses.

With her immaculate style and distinguished personality, the diva still lives on!

Wishing you a wonderful Holiday Season,